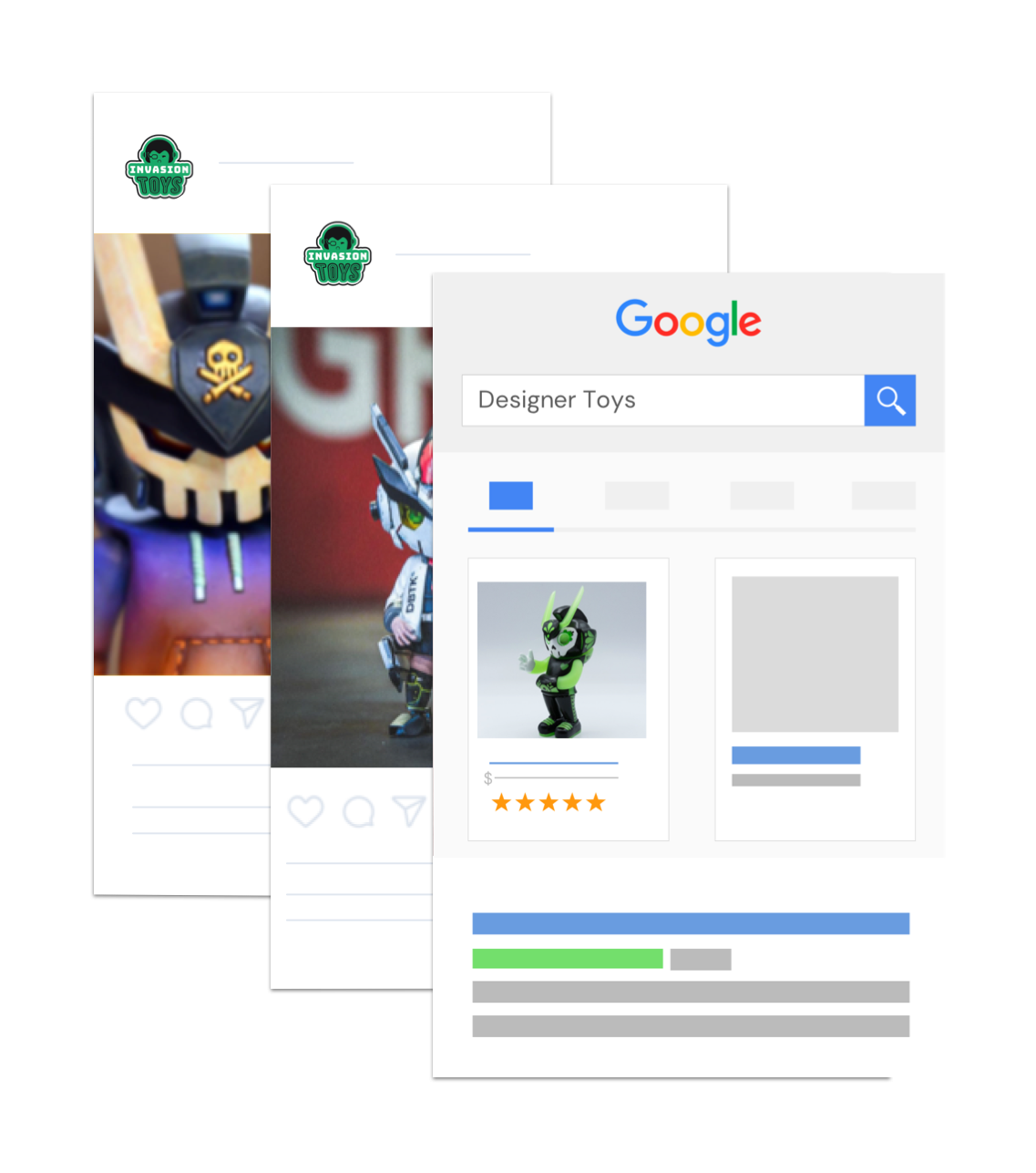 Born out of the COVID-19 pandemic and just shy of two years into its existence, Invasion Toys has already begun making serious waves in the toy industry. What started as two strangers connecting in a discord channel, founders Nick Saponaro and Alberto Rivera bonded over their shared passion for collectibles, and with multiple years of start-up and industry experience between them, knew they were in a position to create something great.

“We just started basically as retail,” explains Nick. “You know, just passionately working with artists that we had known, or been fans of, and selling their stuff. But then we were like, ‘Okay, how do we scale this, how do we expand?’”
‍

The answer at the time was to start selling trading cards, which as Nick put it, “exploded during the pandemic” and helped to accelerate their growth without needing any additional investment. This growth so early on in their existence allowed Nick to begin work on what he considers to be their ultimate goal: creating and producing their own toys. “Because, you know,” he laughs, “in business, if you’re not building something, you’re just a middleman”.

Armed with this initial success and clear goals in mind, Invasion Toys set off to make a name for itself and capture the attention of hobbyists. They worked with influencers in various niches (such as Pokemon or designer toys) to build trust within the community, and leveraged SEO and boosted Instagram posts to build their reach and following.

Understanding, however, that if they wanted to continue on this rocket ride, they would need to continue scaling and identify channels they could optimize and leverage. That’s when they came across Shoelace.

“Shoelace integrates directly with Shopify, which is what we use as our primary sales channel,” explains Nick. “So it was a no-brainer with all the different features it offers. I was like, 'well, this is easy, this is simple, it’s managed, let’s give it a try.'”

Leveling Up with Shoelace

Shoelace took over their full-funnel strategy on Facebook, and created both carefully curated and tested campaigns targeting avid collectors and enthusiasts, and subsequential retargeting campaigns to keep Invasion Toys top of mind. With this strategy, sales took off in a couple of weeks.

“One of the things I always tell my marketing friends is about our return on ad spend. They're always impressed with the multiples.”
‍- Nick Saponaro
Co Founder, Invasion Toys

The secret sauce was a combination of their Account Strategist, Juan, analyzing the data that Facebook was producing, and Nick understanding his audience. They weren’t out to just appeal to the market, but to capture actual market share as a new player in the game - despite some competitors being quadruple their size. “We see a lot of people come in from our [Facebook] ads, and then repeat. They become actual customers.”

Less than a year working with Juan optimizing their Facebook results, the discussion shifted over to Google and how they could work together to create a more holistic, cross-channel strategy.

"As a marketer, you want to be everywhere, you know?”

Before Shoelace took over, Nick was running a single Smart Shopping campaign for Invasion Toys that although was doing well, saw opportunities for growth. “I had mentioned to Juan right when we first signed up with Shoelace that if you guys ever have Google ads, to let me know” he recalls. “So as soon as he told me that you did, I was like, let’s give it a shot.”

Not only was Juan able to optimize their existing campaign well beyond how it was previously performing, he also created new campaigns and tested additional strategies by working with Nick to really put themselves in the shoes of Invasion Toys customers.  They used Google Ads insights in conjunction with thorough keyword research to create more relevant ads that really caught the attention of their target demographic.

Because of the niche that Invasion Toys operates in, working in lockstep with Shoelace on Google Ads like this is crucial; as is being there when your potential customers go searching for the products you sell. “The industry, for the most part, is dedicated to what [collectors] do, right?” explains Nick. “Some people are, of course, just getting into it, and others come through from more mainstream stuff [...] but over time, they start to look for things that are more unique: more art, toys, designer toys, and things like that. So when they find you, you know, they become [your] customer.”

The Future and Beyond

‍
For Nick, however, it goes beyond just dollars and figures. A huge value add are the learnings he’s able to gather from Shoelace’s monthly performance reports, and the trust and faith he has in his Account Strategist.

“What I really like about Juan,” he says, “is that if something's not working, he lets me know, you know? 'This campaign kind of faltered, let's put more money towards the ones that are working.' [...] It's not just about the wins, but the things that we do find challenges with, we work to improve together."

This relationship and insight give Nick the time and opportunity to continue working on Invasion Toys’ goal of designing and producing their own products. “I mean, there’s such a huge opportunity for designer toys,” he explains. “[But] there’s a lot of communication that goes into producing these items. [...] So yeah, I mean, the time savings are massive. That's why I don't ever mind hiring the right people to do the jobs that we need done.”

“Having that kind of data is really helpful to us, you know? It helps us determine which direction we might want to go from a product offering standpoint.”

With plans to release their first toy this year, and a roadmap that includes NFTs and games, Invasion Toys has certainly become an industry player to watch. “It’s been awesome,” Nick says, laughing. “I mean we’re in a warehouse now, we have our own shop, it’s absolutely grown so quickly.”

“I'm excited to grow with [Shoelace]. You know,  you're a major part of our media and ad strategy. I'll keep singing your high praises as long as it continues.” 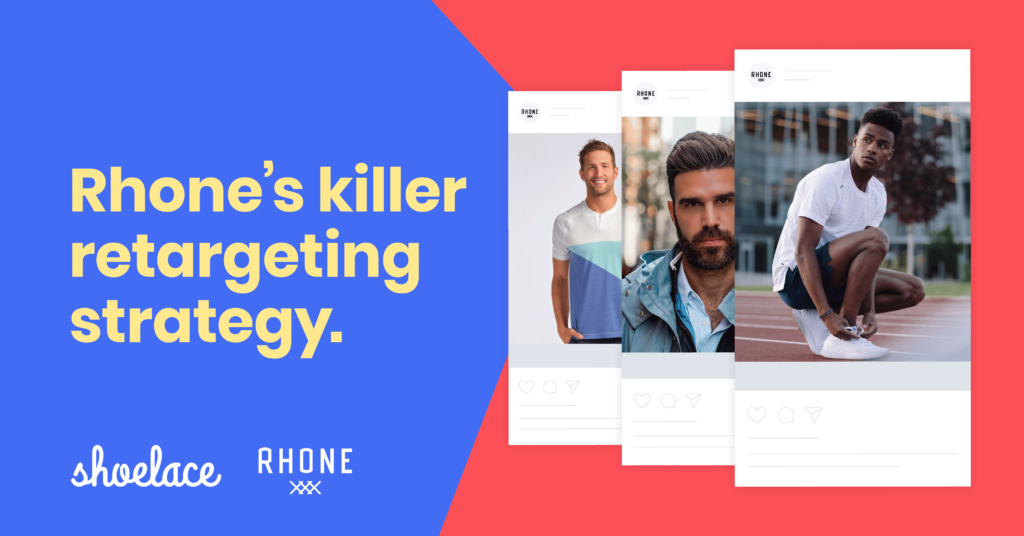 Find out how Rhone crushes their ROAS goals and delivers incredible brand experiences with Retargeting Journeys. 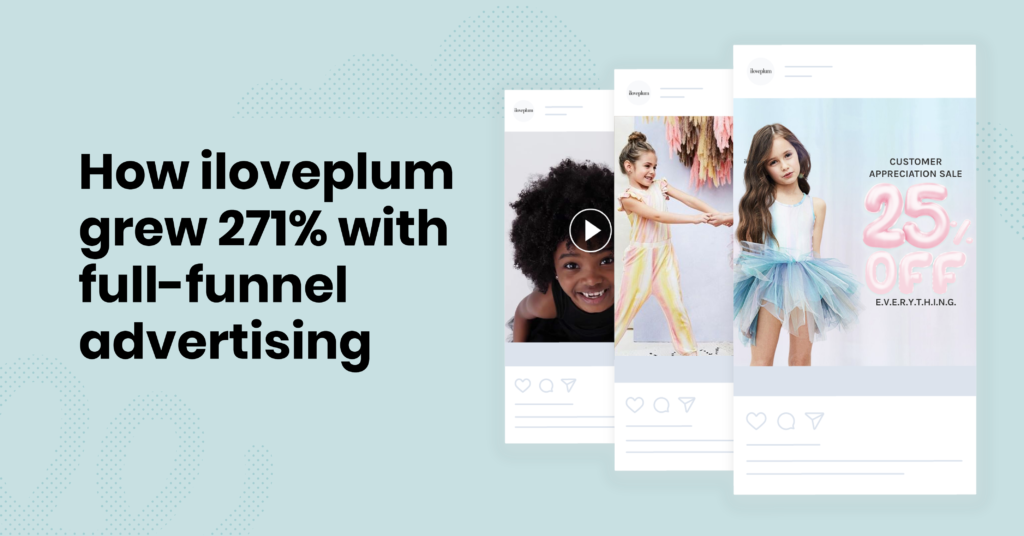 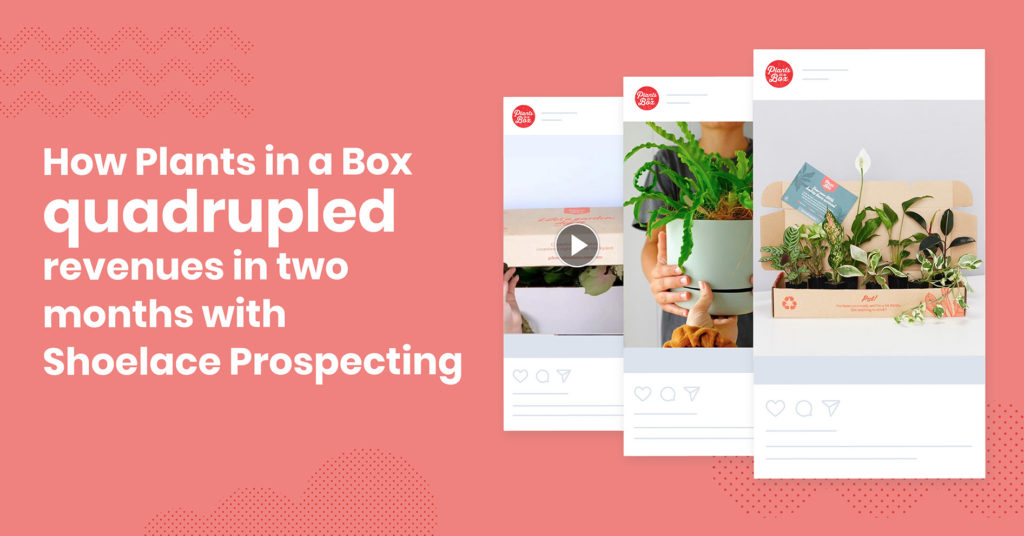 Learn how Plants in a Box harnessed Shoelace Prospecting to scale their audience and find new customers fast.

We’re looking to partner with brands that understand that true growth takes time and a strong foundation. We’ll help you build that foundation, and use it to grow your business. You won’t always love what we have to say, but you’ll love the end results.